Buy on Digital or Get It On Demand Now

ROGER WATERS: US + THEM

Founder member, lyricist, composer and creative force behind Pink Floyd, Roger Waters brings us his highly anticipated concert film, US + THEM.   Directed by Sean Evans and Roger Waters, and filmed during his 2017 - 2018 worldwide tour, US + THEM features songs from Waters latest album Is This The Life We Really Want? alongside his classics from Pink Floyd albums The Dark Side Of The Moon, The Wall, Animals, Wish You Were Here and more.  US + THEM captures Waters legendary live performances and highlights his message of hope, human rights, liberty and love.

ROGER WATERS US + THEM is the definitive concert film.

Digital Special Features
Viewers on digital will have access to all-new post-feature content including two additional concert songs not included in the original feature (“Comfortably Numb” and “Smell the Roses”) as well as A Fleeting Glimpse, a documentary short featuring behind-the-scenes moments from the tour.

ROGER WATERS: US + THEM

Buy on Digital or Get It On Demand Now 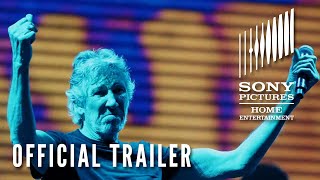 ROGER WATERS: US + THEM
Official Trailer

Subscribe Now to our newsletters and get updates from Sony Pictures delivered right to your inbox.
SIGN UP NOW